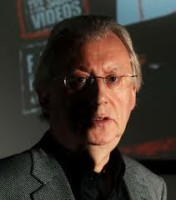 'Censoring the Media in the Internet Age'

Julian Petley's interests span the cinema, television and the press, with a particular emphasis on policy, regulation and freedom of expression. His interest in horror - reflected in British Horror Cinema (co-edited with Steve Chibnall, 2001) - is linked to a strong concern with film and video/DVD censorship in books such as Ill Effects: the Media Violence Debate (co-edited with Martin Barker, 1997 and 2001), Censoring the Word (2007), Censoring the Moving Image (with Philip French, 2008), Censorhip: A Beginner's Guide (2009), and his next book, Film and Video Censorship in Contemporary Britain (forthcoming, 2011). At present he is investigating the growth of measures to control the internet and to subject its users to various forms of surveillance.

A former professional media journalist, and still an active freelance, he is Chairman of the Campaign for Press and Broadcasting Freedom and Principal Editor of the Journal of British Cinema and Television. The role of the press in helping to whip up moral panics has led him to an increasing interest in the nature and role of contemporary British journalism in books such as Culture Wars: the Media and the British Left (with James Curran and Ivor Gaber, 2005), The Censorious Press (2009)  and his new collection Pointing the Finger: Islam and Muslims in the Contemporary UK Media (co-edited with Robin Richardson, 2011).

We are delighted to announce that our first five ebooks of Conference Proceedings are now available.

Please see elsewhere on this site for your free download.

The five volumes comprise over 100 essays based on Papers from around the world presented at our 2011 and 2012 conferences:

(And please consider making a donation to support our hgih levels of voluntary labour!)